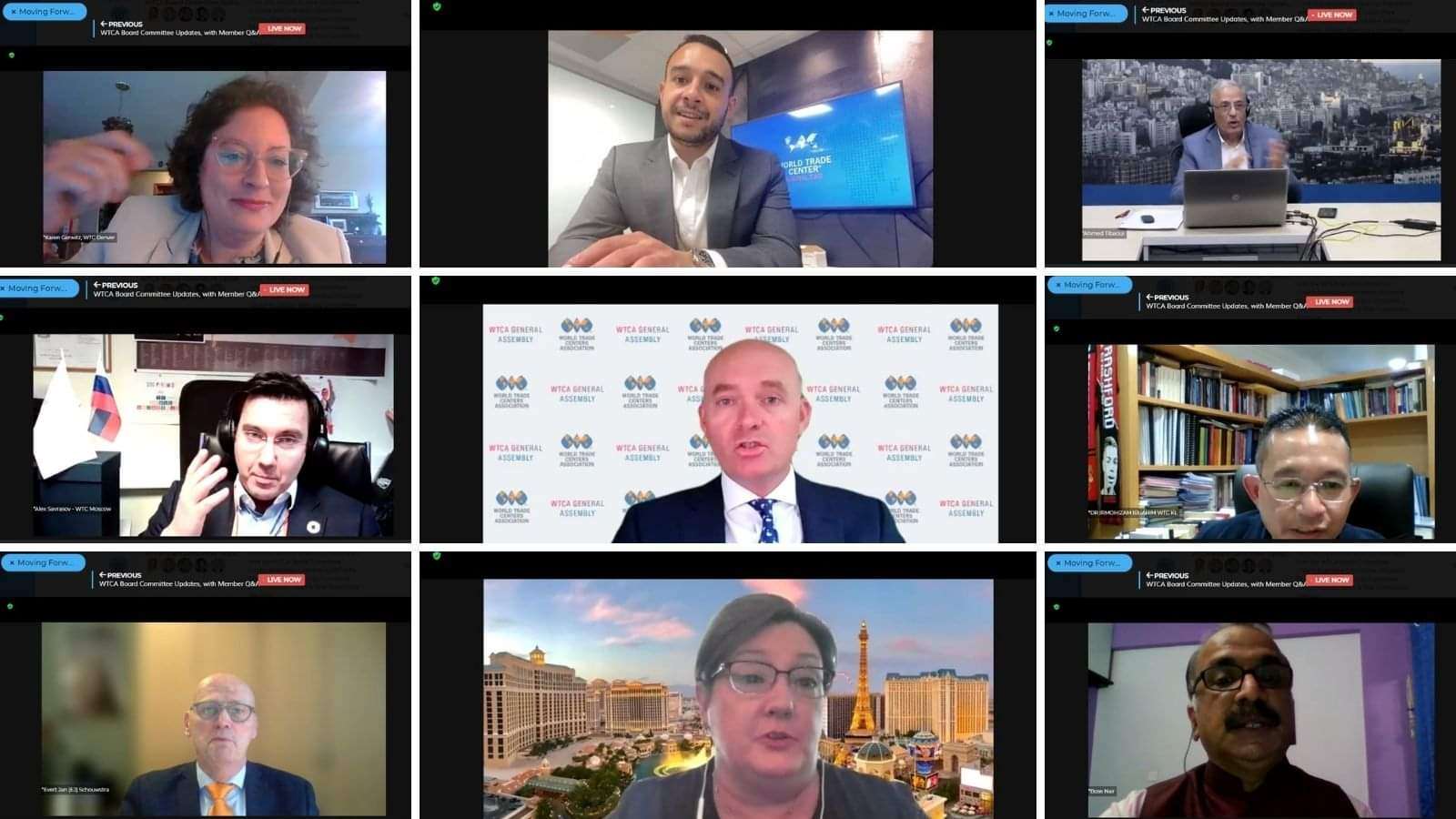 The 2021 edition of the WTCA General Assembly was held virtually with the theme “The Power of Our Community”. The weeklong event had attendees from all over the world joining. The General assembly had a one of a kind AI powered B2B meeting platform to help likeminded delegates reach out to each other. There were also livestream sessions by noted speakers such as – Feike Sijbesma, Honorary Chairman of Royal DSM; Hamid Mamdouh, Senior Counsel of King & Spalding LLP; Suzanne Gaboury, Director General, Private Sector Operations Department of the Asian Development Bank; Bernard Kuiten, Head of External Relations of the World Trade Organization (WTO); Roberto Rigobon, Professor of Applied Economics, MIT Sloan School of Management; Richard Lui, author, filmmaker and anchor at NBC/MSNBC etc. The event culminated with the announcement of the General Assembly 2022 to be hosted by WTC Accra.