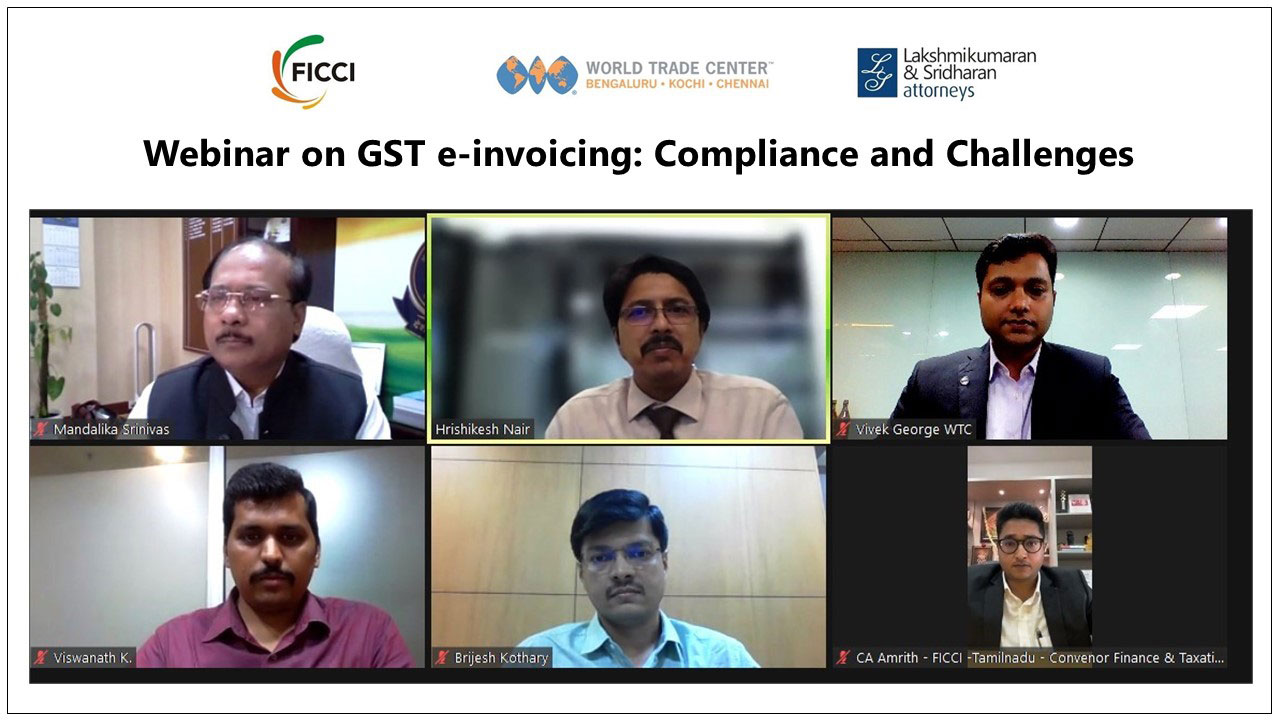 Mr. Mandalika Srinivas simplified e-invoicing as generation of an invoice reference no, along with QR code by feeding in relevant information such as details of supplier, buyer and goods. This when uploaded in Invoice registration portal (IRP), produces the QR code and Invoice Registration Number (IRN) of 46 characters. IRN is not mandatory in the invoice whereas the QR code is. He listed the advantages of e-invoicing – makes the ITC reconciliation smoother, simultaneous generation of e-way bills become possible, promotes standardization, and eliminates the data entry errors and ensure tax compliance in a real time basis.

Mr. Amrith Lal spoke about how e-invoicing has been a great success with over 150 cr. invoices being generated in last 18 months. He also added that the penalty for no compliance is high and invoice amendment is not possible.

Mr. Pranesh T.N. spoke about the challenges faced during this transition phase. He also suggested a few solutions to some common issues faced while raising invoice.

Mr. Vishwanath gave examples of countries which has implemented e-invoicing. He explained the e-invoicing procedure, the important components like IRN and IRP etc. Mr. Brijesh Kothary listed the practical issues that could arise while transitioning to e-invoicing. He also listed the scenarios where e-invoicing is not applicable.