Talk on Emerging Economic and Market Scenario in India 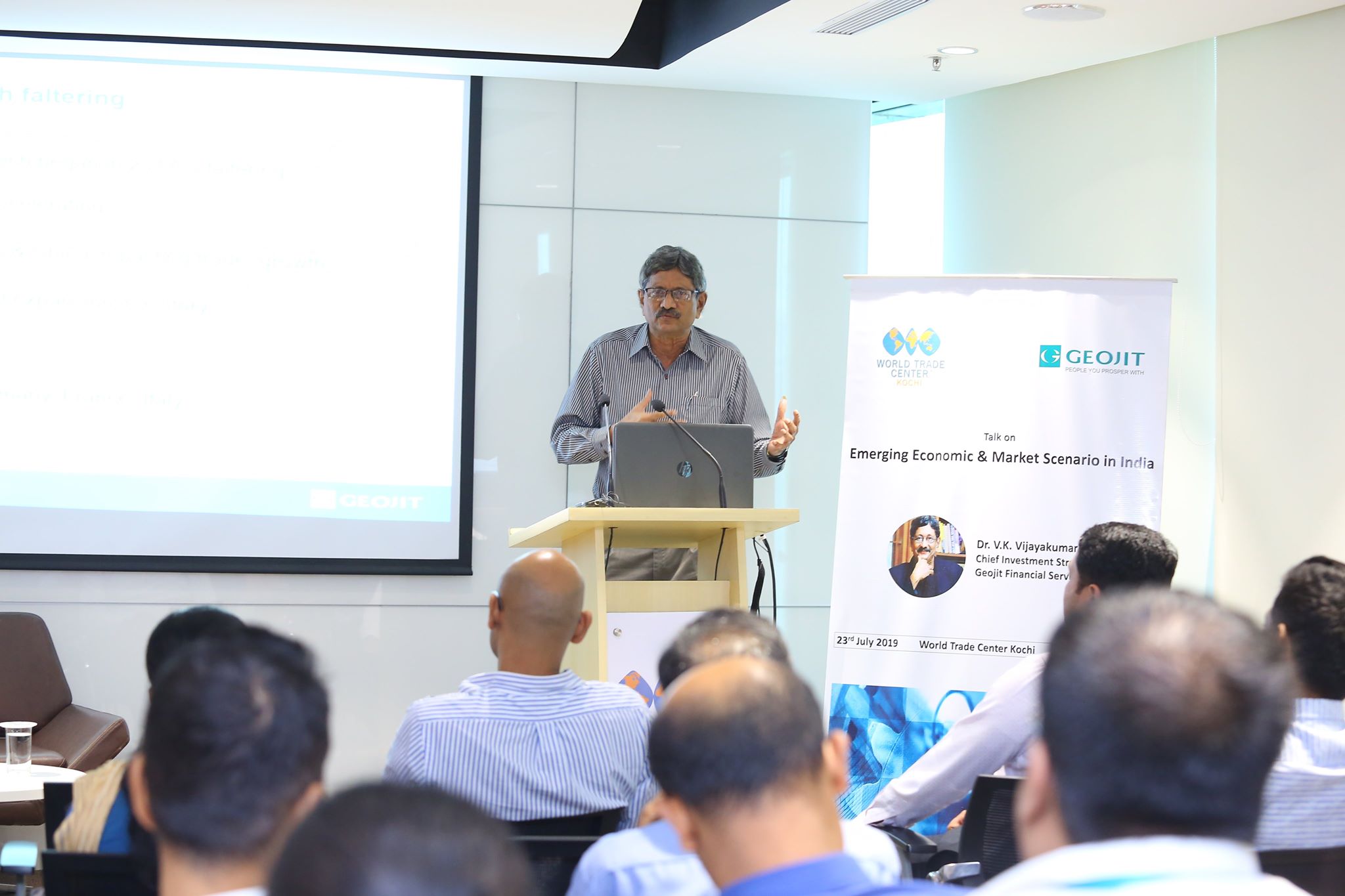 The World Trade Center Kochi organized a talk on Emerging Economic and Market Scenario in India. The programme was done in association with Geojit Financial Services. Dr. V.K. Vijayakumar, Chief Investment Strategist, Geojit Financial Services was the Speaker at the event which covered major economic developments in India with respect to current socio political conditions.

Dr. Vijayakumar in his talk mentioned various global factors that has an impact on Indian economy such as – Faltering Global Economic recovery, trade skirmishes between the U.S. and China, Slowdown in European countries like UK, Germany, France and Italy. He also said that the domestic factors for the slowdown of the Indian economy were – Poor monsoons, Crude Spike, large number of NPAs etc. He further pointed out that the growth of Indian Economy has hit a 5 year low and  added that low Private sector investment and low corporate profitability could be the reasons for this. Dr.Vijayakumar mentioned that the Union budget have the following measures to revive the ailing Economy – Providing INR 70000 Crores to PSU Bank recapitalization, Credit lines to sound NBFCs.

The programme was attended by IT Professionals, stakeholders in EXIM trade, Consultants and Start-ups.