Seminar on Food regulations in India 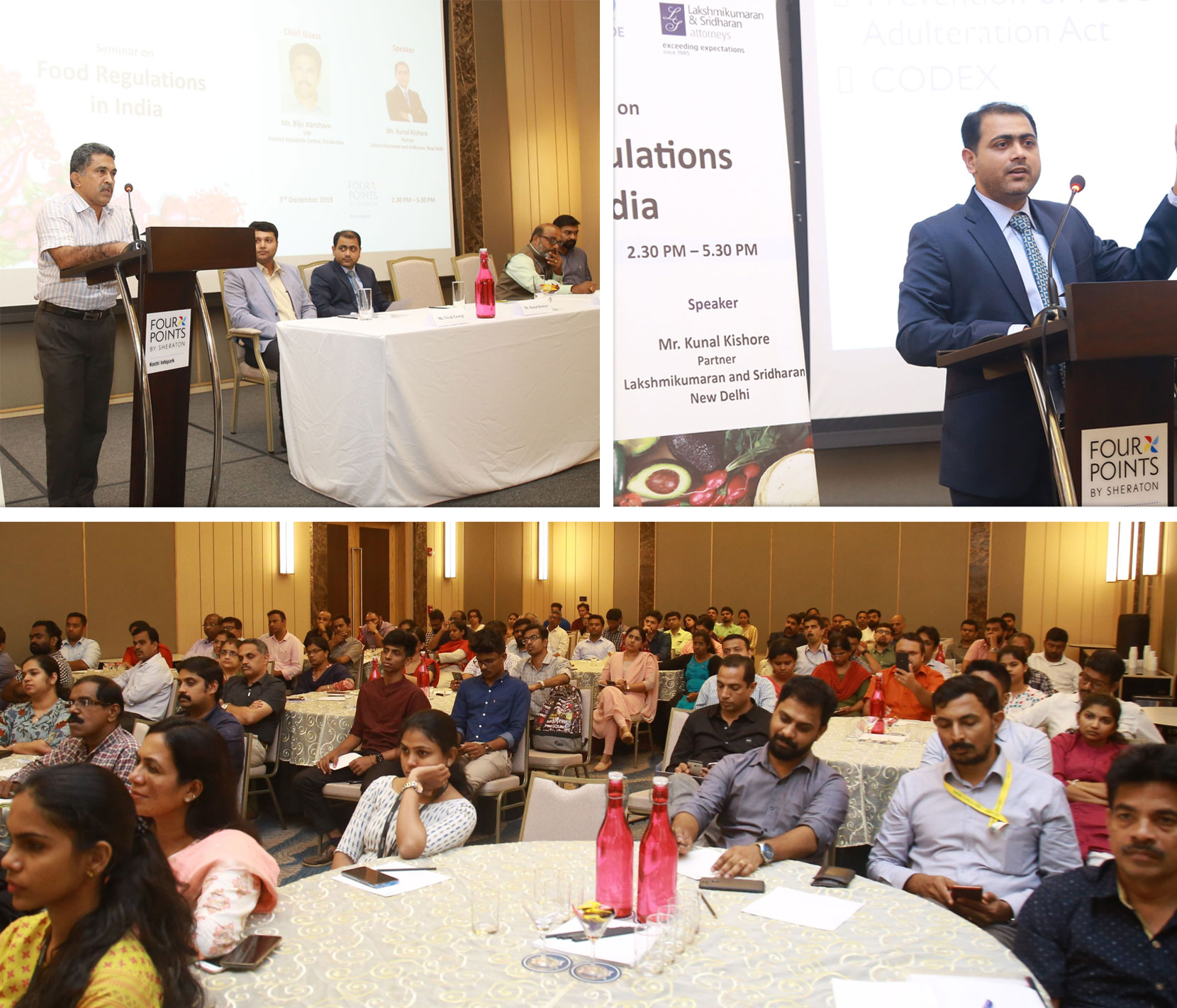 The World Trade Center Kochi in association with TiE Kerala and Lakshmikumaran & Sridharan conducted a seminar on Food Regulations in India at the Four Points by Sheraton, Infopark. The programme had participation from sectors like – Food processing, hospitality, quality control, e-commerce aggregators, chemicals, catering, marine products, consultants, education and startups.

Mr. Kunal Kishore, Partner, Lakshmikumaran & Sridharan was the Speaker at the event. He detailed about the various aspects of Food regulation such as Licensing, registration, packaging, labelling, standardization, sampling, prohibitions & restrictions, advertising, audit, recall etc. He said that there has been a shift in approach in the Food and Safety standards from just checking for adulteration to a complete regulation in all aspects such as manufacturing, storage, transportation, distribution, sale and export. He used case studies to describe the various regulations that are in place and also added that updates are made to the food regulations as frequently as once in two days. He opined that companies and industry associations must form representations on draft regulations to safeguard their interests.