Sailing in a Storm – Making Crisis Work for You 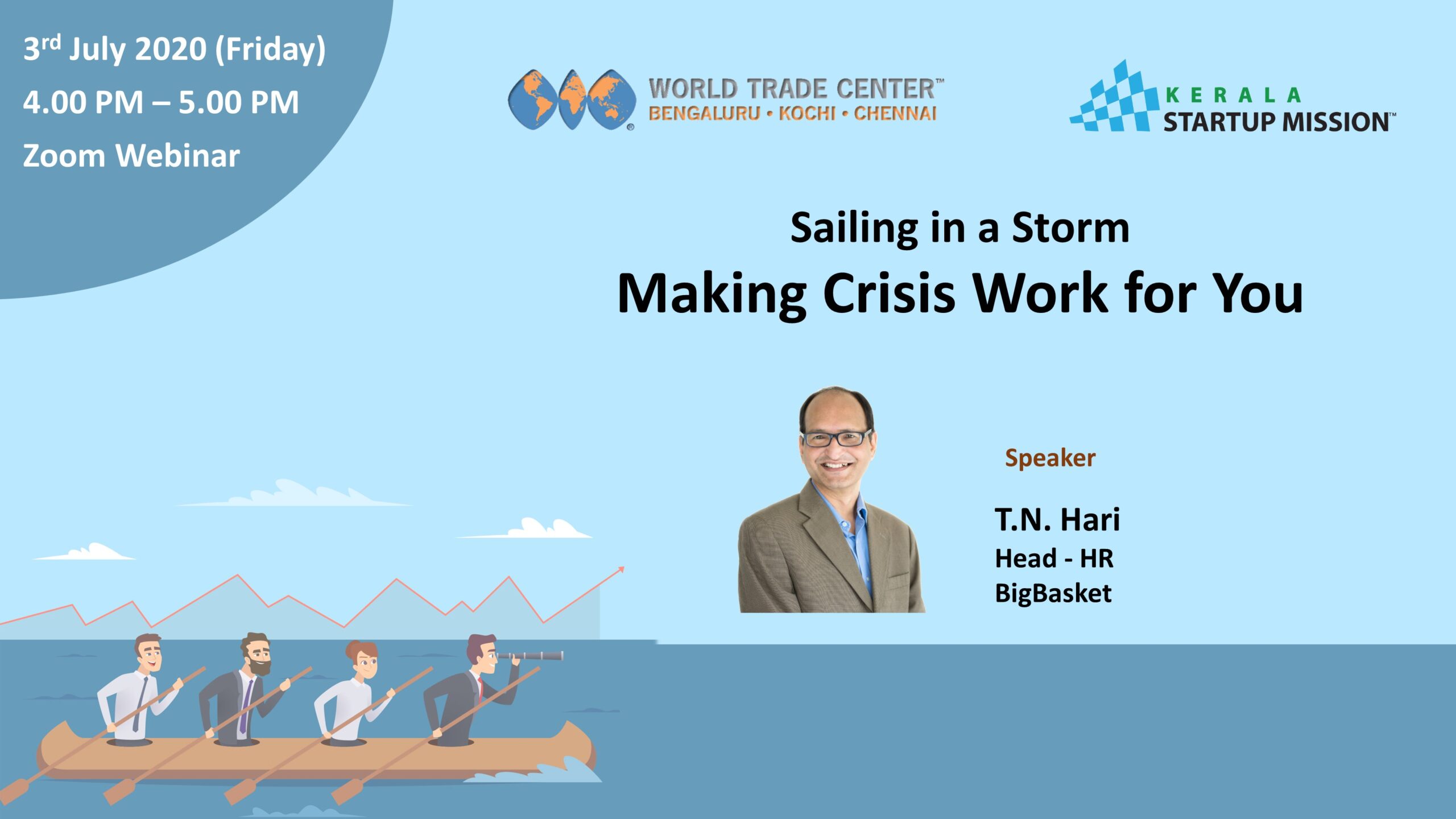 We organized a webinar “Sailing in a Storm – Making Crisis Work for You”. Mr. T.N. Hari, HR – Head, BigBasket was the Speaker at the programme organized in association with Kerala Startup Mission. Mr. Hari in his talk explained how the industries which involves gathering of people have taken a hit during lockdown. He estimated that almost 40 percent of these businesses are likely to not start operating soon. He added that once a business is liquidated, it is difficult for an entrepreneur to start over again. He spoke about how dependent Indian cities are on migrant labour. The moment, jobs are lost, the migrant labourers are forced to return. Only 50 percent may return to workplaces. This is a medical crisis resulting in a recession.

He gave various case studies where individuals and organisations were able to turn crisis into opportunities. They had made personal gains while doing this but at the same time, brought about a greater good. He said that character and integrity is what it takes to make a crisis work for you. One needs to have a balance of emotion and reason during these trying times. He also cited various lesser known examples from history who made significant contributions to science, business and society. The programme was attended by participants from all over the country.