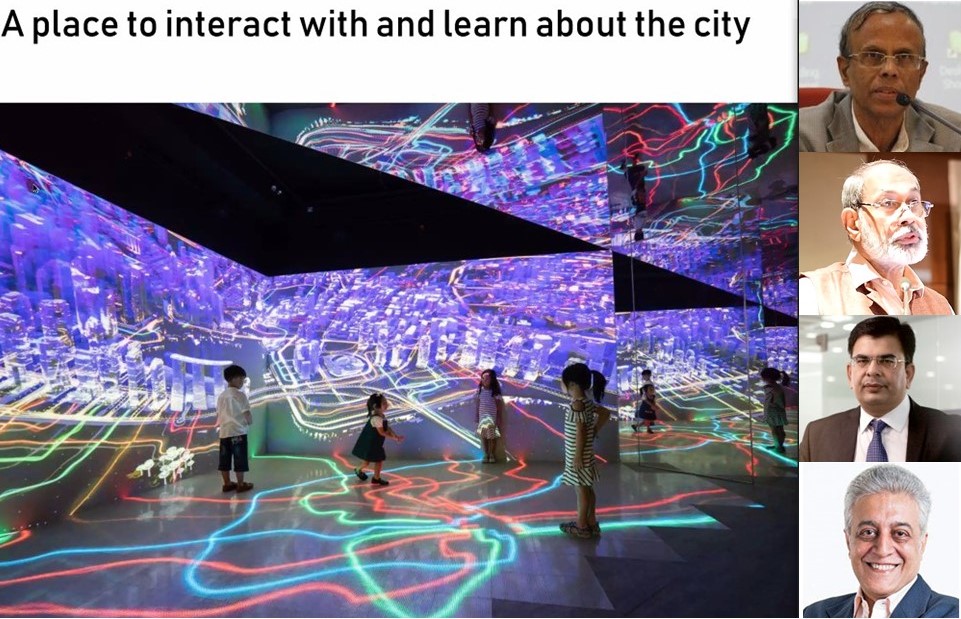 The World Trade Center together with Smart Cities India Foundation organised a webinar as titled above. It discussed the challenges and solutions pertaining to city planning and governance by an eminent panel.

Dr. Ravindra Adi IAS, Chairman – Smart Cities India Foundation was the moderator. He said that the exodus of migrant workers is a serious challenge faced by the nation. The urban economy should shift its focus to address such issues. Local Government must prioritise on raising the quality of life mainly public health. Aspects like affordable housing are yet to materialise. Technology needs to be effectively used to manage the urban space.

Dr. M. Ramachandran IAS, Former Secretary – Ministry of Urban Development, GoI
He cited that one in every six Indian in the urban area live in slums. This means 60% of urban dwellers are in slums. Majority of slums are in the hands of middle men and therefore recent reforms announced by the Finance Minister might not have a positive impact on the actual residents. The pandemic has affected 76% of major cities in the country. The population density in these cities are high which again aids the spread. The poverty ratio in urban areas is also worrying.

Mr. Kishore Jain, President – CREDAI Karnataka
He was of the opinion that this pandemic has prompted urban planners to improve the existing plans. The disaster preparedness level has to be improve. Land use plans must have reaction zones which can be utilised during a crisis. Urban settlement is still unaddressed by cities. Slums are no longer a threat if they are also included in the master plan and town planning. Slums to be made self-sustainable by ensuring zero discharge. 1% of the total project cost can be imposed on builders as labour cess and this money can be used for the welfare of migrant workers.

Mr. Naresh Narasimhan, MD – Venkataraman Associates
He remarked that the migrancy rate into a city needs to be curbed. The policy makers must ensure that the population is scattered so that all areas will get a chance to develop. Mobility crisis is a serious challenge for any city and building a flyover alone will not resolve it. Next issue is urban destruction mainly due to uncontrolled pollution levels and unplanned extension of city. Too many agencies in urban planning has destroyed the concept of city planning.

Dr. Bose Nair, Vice President – WTC also spoke. There were discussions on having multiple agencies in city planning and bringing public participatio into the process. The session had participants in and outside the country joining and sharing their views on the subject.