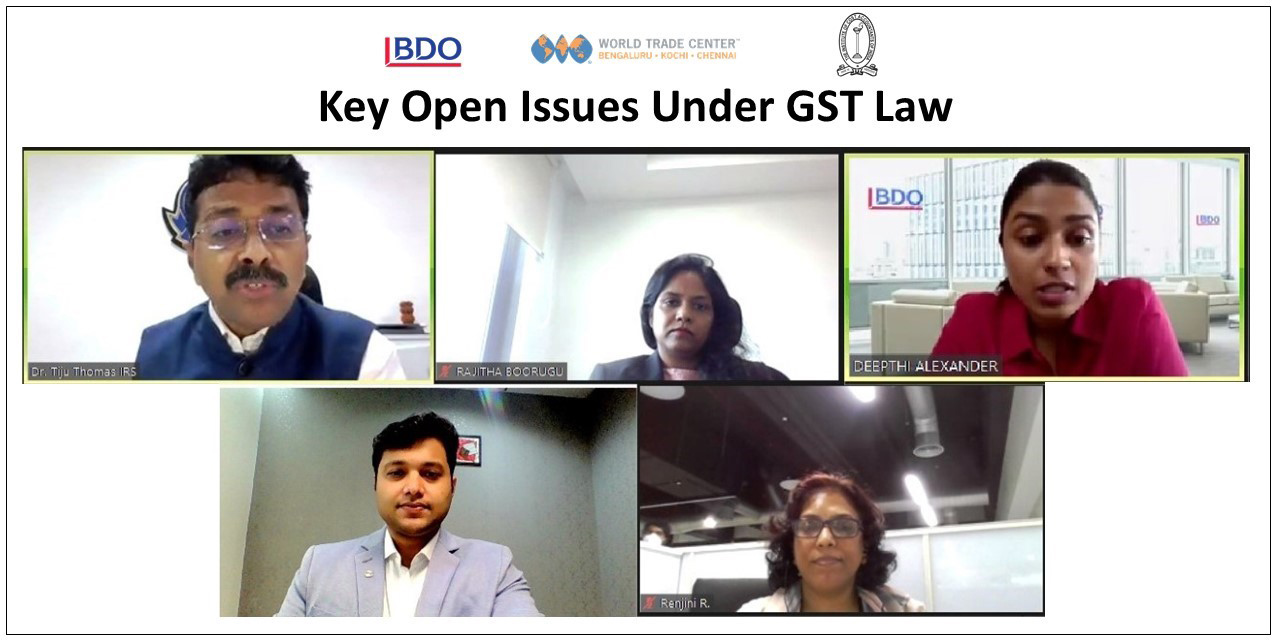 Dr. Tiju Thomas IRS, in his keynote address, spoke about India’s GST system that came into effect in 2017. Despite various hurdles and challenges faced, India had successfully implemented the system whereas numerous other countries had to roll back in a similar situation. GST helped overcome the fragmented tax base, multiple taxes levied, complex tax structure and cascading. He stated that GST is not just a tax reform but a business reform as well helping the businesses acquire optimal scale and efficiency by eliminating tax arbitrage. It helped multiply logistics & supply chain efficiency, enlarge customer base and minimise compliance burdens. Owing to this, the taxpayer base more than doubled and gross revenue grew by 1.6 times in five years.

Ms. Rajitha Boorugu gave an overview of GST revenue, advance rulings and notifications since its inception. She spoke on the policy issues related to GST that are under deliberation such as appellate tribunal, crypto currency, interstate utilisation of ITC, online gaming taxability etc. Ms. Deepthi Alexander discussed ITC on business promotion and CSR expenditure. She also explained the compliance issues. This was also an opportunity for participants to clear their queries.