Datacenters in India: What Next? 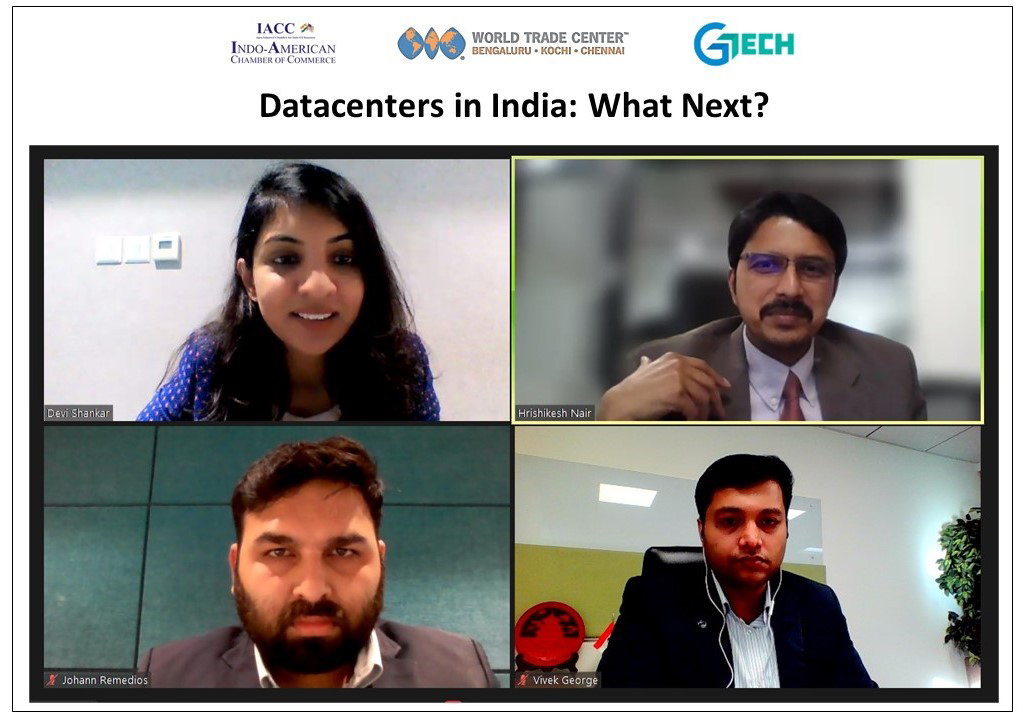 Ms. Devi Shankar gave a few statistics on India’s data usage. More than 50% of India’s population are internet users. And 40% are active on mobile devices. India has largest population in social media like Facebook and WhatsApp and has 2nd largest in Instagram and LinkedIn and 3rd on twitter. The internet users in India have been growing at a rate of 16% per annum. In 2014 average data consumption by an Indian per month was 300 mb whereas today it is 13gb. At this rate a data usage of 25 gb is expected per month. As per the World Economic Forum survey, India has the cheapest data rates, as a result of the price wars between data providers. Smartphones have become more affordable too. Demonetization and Covid 19 triggered higher digital payments and transactions. The government is pushing for localization to protect data. Sufficient data centers need to be placed to meet the increasing data usage requirements. Data centers are now a sought-after alternative to real estate as an investment. She gave an update in the upcoming investments in India by global players like Google, AWS and Microsoft.

Mr. Johann Remedios explained the difference between captive and colocation data centers. He listed the key selection criteria for colocation